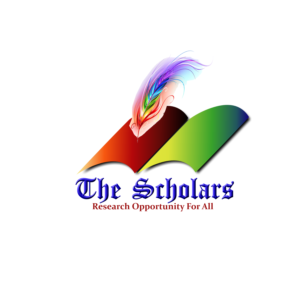 About Author: Dr. Sir Shamsul Hassan Syed Azeemi (1st OEBKK, KGC) is the Rector of The UNIPASS. He is the author of two books about Criminology, National Security and International Terrorism. His areas of expertise are criminology, intelligence, counter terrorism, counter insurgency operations and national security.

How rightly Ibne Khaldun brought out in 14th century that

“Government prevents injustice, other than such as it commits itself”

His concept of “Asabiyyah” interpreted as “community spirit”, “group solidarity” or “tribalism” was the foundation of any government. As he described, the humans form social communities and these social communities or “political societies” in later stage form governments and the fundamental aim of any government should be to prevent injustice. This injustice may be of any sort i.e. political, economic, religious etc. With the advancement of the society, the social cohesion decreases and with the passage of time that particular government becomes careless and by exploiting its own citizens or the “group solidarity” it concentrates on its own advantages, thus creating injustice. This injustice causes other political societies to emerge and fill in the place of the decadent regime. Surprisingly, whatever form this government may take, it contains the seeds of its own destruction. More powers it gains, less it cares about its citizens. Eventually, the same institution (government) which was formed to prevent injustice, itself, is now committing injustice.

Government applies taxes to generate revenue and that revenue is meant for the necessities of “maintenance” of that political society, but, as it becomes more orderly or civilised, more taxes are imposed to “maintain” their own luxurious lifestyle. Apart from that, it is an injustice, it threatens the integrity of the state and also makes it counterproductive. Higher the taxes, lower the production and this will decrease the revenues. Ibne Khaldun’s this idea was thoroughly studied, accepted and applied by the US economist Arthur Laffer famously known as “Laffer Curve”. Iben Khaldun described the government as “necessary evil” but its powers should be kept to a minimum as it implies an inherent injustice of control of men by other men.

It was in 1974 when Arthur Betz Laffer (born August 14, 1940) an American economist, was talking to the senior staff members of the US president Gerald Ford about worsening economic malaise that was hovering over the country. The first diagram was made by Laffer on a paper napkin. Opposing the contemporary economists, Laffer espoused that the problem isn’t too little demand. Rather, it was the burden of heavy taxes and regulations that created impediments to production, which impacts government revenue.

The word “CORRUPCIO” is from Middle English originated in 1300-1350 AD. It refers to something tainted, decayed or putrid. A person can be corrupt if he is dishonest, debased or lacking in character. A person who is entrusted with the powers to deliver as public office bearer when abuses, misuses, impairs his moral principles, virtues and/or values he is committing an act of “corruption” that is illegal and criminal in nature.

When the corrupt officials go all out for their personal or private benefits, they disturb the equilibrium of the society. This damage to the system entails in causing harm to people’s freedom, health, money, and even lives.

Institutions and offices lose their credibility and legitimacy when they are misused or abused for personal gains. The only way to counter such abuse of powers is to strengthen the anti-corruption system in the country and that can only be done if there is an accountable political leadership in the government.

Corruption can be divided into 4 categories:

It is also interesting to quote the legal definition established by the transparency international. It says: “The Grand Corruption occurs when a public official or other person deprives a particular social group or substantial part of the population of a State of a fundamental right; or causes the State or any of its people a loss greater than 100 times the annual minimum subsistence income of its people; as a result of bribery, embezzlement or other corruption offence”. (Transparency International, 19th of August 2016).

Grand Corruption harms the human lives, too, and therefore, deserves severe punishment accordingly. The officials steal the public exchequer and underfund the projects of national infrastructure like hospitals, bridges, schools, roads etc. Due to the underfunding, the standard of such labour results in the poor construction and collapse of the buildings causing deaths of the innocent people. It is a great obstacle to the achievement of the sustainable development of a country because it undermines and distorts sound financial practice and clean business thus deepens poverty and inequality in a country.

(1). Self-Dealing: “In self-dealing, an officeholder’s official role allows her to affect one or more of her own personal interests.” (Stark, Andrew (2003). “Conflict of Interest in American Public Life” Cambridge, MA and London: Harvard University Press. p. 41.).

An official, in self-dealing, takes advantage of his position keeping his personal benefits ahead of the real beneficiaries of that organisation. An official working for the government takes advantage of his position for getting a contract for the private company he owns or he works for, or getting jobs for his family members or friends are the simple examples of this type of COIs.

(2). Outside Employment: It is a professional activity, generally remunerated, that an official performs in another company, other than of his principal organisation, might be against the interests of the organisation he is working for.

(3). Pump and Dump: When an official, inflates or deflates artificially, the cost of goods or services in his organisation, thru false statements or spreading rumours, commits the act of pumping and dumping.

(4). Favouritism: In this form of COI, an official employs his relatives or close friends in his organisation, or buys goods or services from them.

(5). Acceptance of gifts: By giving favour to a particular person or a company that is not from his organisation an official accepts the gifts. These gifts may be in a non-tangible form as lodging and transportation. The conflict of interest is also termed as “Competition of Interests” highlighting natural implication between valid interests rather than the traditional definition of conflict.

Keeping in view the above-mentioned arguments, if the responsible official of a particular organisation, if uses his discretionary powers negatively for personal benefits, will pay towards the endemic corruption. For example, an official has the discretion of choosing from three equal bidders for the supply of goods or services. As all three companies are bidding at the same rates, he should have chosen the one with the strong professional reputation and proven track, but, for his personal benefits, he nominates one with the poor track record. In this way, he has used his discretionary powers negatively.

(This article is the first part of my coming book about Policing system in Pakistan).